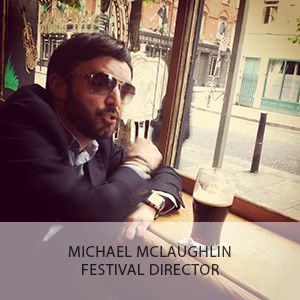 Actor, Filmmaker and now Festival Director, Michael is also the MD of ‘Disappear Here Media’, a multi-discipline creative agency based in Donegal. He has worked with the LA Irish Film Festival, the Dublin Theatre Festival and was appointed Ireland’s first Guinness Brand Ambassador in 2015. His debut short film ‘Atlantic Roar’ debuted at the Galway Fringe and was selected by AerLingus for its in-flight entertainment for February and March 2017. He is currently in post production with a documentary on the Freedom Theatre, in the Jenin Refugee Camp, Palestine.